What I Read March

After a month sabbatical I am back to reading. I am linking up with Modern Mrs Darcy's Quick Lit link up. Check out what everyone has been reading. 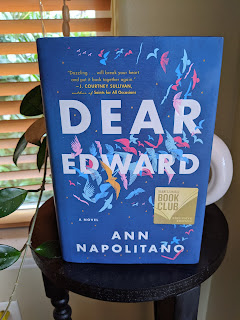 Dear Edward by Ann Napolitano
Interesting Book about a plane crash and one lone survivor, Edward. I actually read this on a plane. I don't know if that was great idea.I thought this was an interesting read and I like how the trauma that Edward experienced was explored. 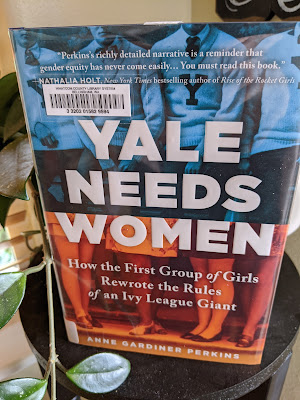 Yale Needs Women by Anne Gardiner Perkins - I started reading this on International Women's Day which seems appropriate. This book explores how Yale became an co educational institution. Told mainly through the eyes of the women who were the first women in the co educational class. One of the take-away I got from this book was how political this idea was. Yale was known way before Ivy institutions for admitting Jews and Blacks but even after admitting women it was a struggle to admit them in significant numbers. It was also very isolating being one of the first women admitted. I love that this story was told. It makes me appreciate those first ladies contributions. This is well written and researched.

Email ThisBlogThis!Share to TwitterShare to FacebookShare to Pinterest
Labels: bookit2020

:)
I am a SAHM to the Two Man Wrecking Crew and Wife to the Giant Man Child. This is a journal of our daily family life.